One day he will regret setting eyes on me, if he doesn’t already. 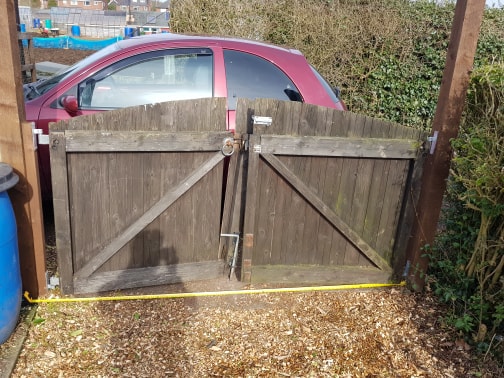 This was MrT’s chore for today. We had a break-in a few days ago and my gates were already battered and rotten so it didn’t take much for them to break completely. Luckily nothing went missing (they were disturbed) but it gave me an excuse to get a new gate sorted. 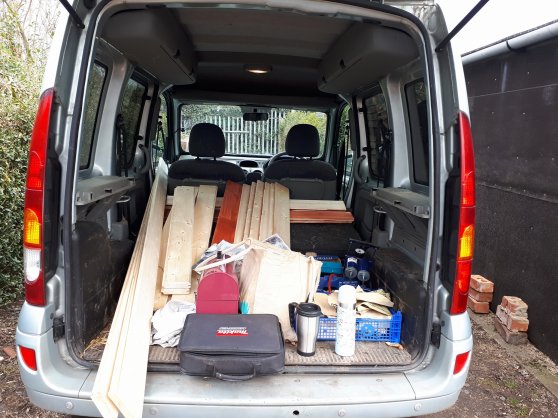 Loaded up the car

Since we had bought a log cabin at the end of 2017, we had loads of spare tongue and groove wood. MrT found a use for it here!

His first job was to remove the old gates and save as much of the furniture as possible. We wanted to use these big hinges on the new gates. Recycle and reuse! 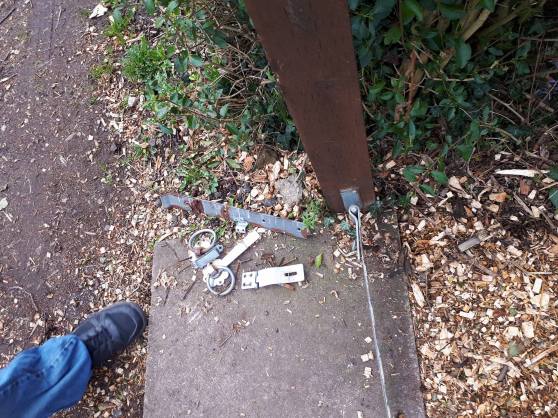 Next up, unload all of the bits you’ll need, along with lots of things you won’t and stand looking confused for a while.

The first real step in the actual construction was to build a rectangle from the thicker pieces of wood. It is really important to make sure that the corners are all square at this stage, as otherwise your gate will be squiffy! We used metal heavy duty right angles to hold it together, as the wood was too thick for screws to go through square and we didn’t want to faff about cutting angles in the rain! 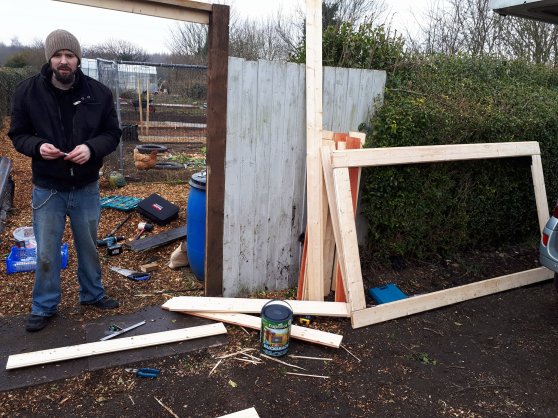 Then its just a matter of screwing the tongue and groove slats on to the rectangle.

Screw in the boards, while I clean up the hinges

It took three of us to lift the gate into place when the hinges were on.

One good tip is to place the top hinge bracket upside down. This will stop potential bad-guys from just lifting your gate off its hinges! It’s more of a faff but its worth it.

He also boxed in the bit of wood at the top of my posts which stops them from bowing inwards over time. He is a good egg.

We decided that for extra piece of mind we would add an additional horizontal bar to attach another hinge to. Unfortunately by this point MrT was hungry and grumbly so put it level with the floor instead of gravity…

It might look odd, but never mind, i can;t complain when he has done all of this for me on his day off! 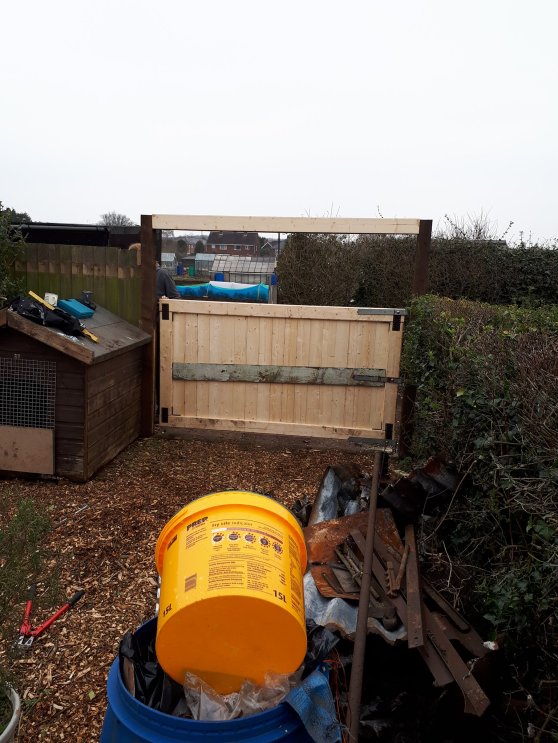 I then started on the painting. Because we had used leftover wood, some were red (horrendous!) and some plain, so I had to pick a colour which would cover it.

We used Cuprinol Ducksback in Silver Copse. It took three coats to cover but it got there. 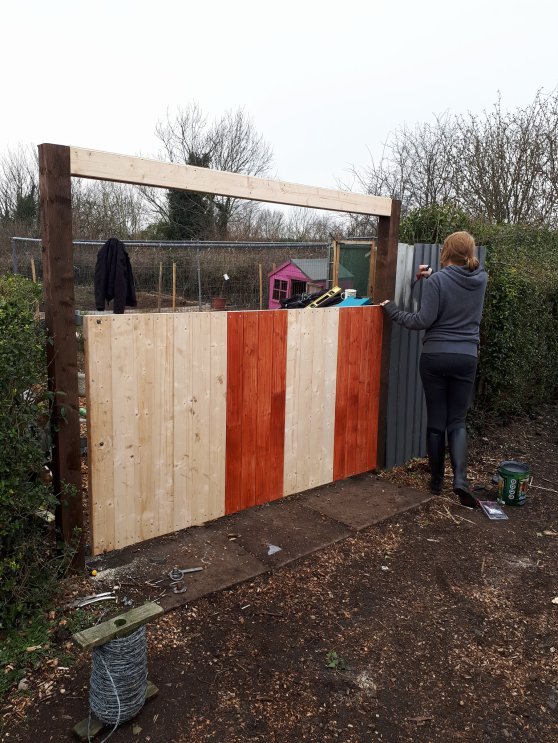 After he had eaten and was less Hangry, he put the lock latch on to keep the people out and chickens in. I passed the painting over to him while I supervised and ate chicken sandwiches. We are a good team… sort of!

A neighbour bought over some barbed wire he had just put around his gate after the break-in. We decided against it though as its awful stuff for the dogs and wildlife and sods law says the only person it will keep out is me when I forget to pick up my key before locking the padlock!!

Hasn’t this been a great days work!? My dogs will now be safely enclosed while I’m digging away and all the snoopy people can lean over and look but not just wander up and down and terrify the life out of me!