Look at what we managed to get done yesterday!

It was MrT’s last day off for a fortnight or so, and it was gorgeous weather so I abandoned work after an hour and a bit to get some allotment work done.

Molly’sDad and the PigeonMan had a shed that they wanted removing, but it was still in really good condition so they offered it to us. Que lots of heavy lifting and bad backs as we dismantled and moved it up the tiny gap between our greenhouse and the hedge.

After we had done all of the dismantling, we had to build a base. And typically, it was right where MrT had piled up all of the bricks from his last demolition job! 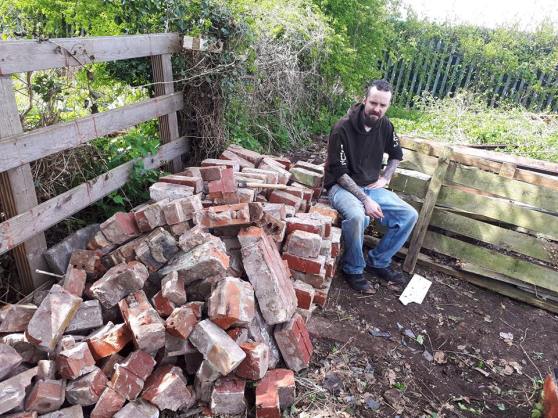 He was not amused.

We finally managed to move them all, but them realised that the ‘ready-built’ base we thought we had from a previous shed was too big! That meant we had to build two new runs of bricks to make the base the right size for our 8×6 shed. 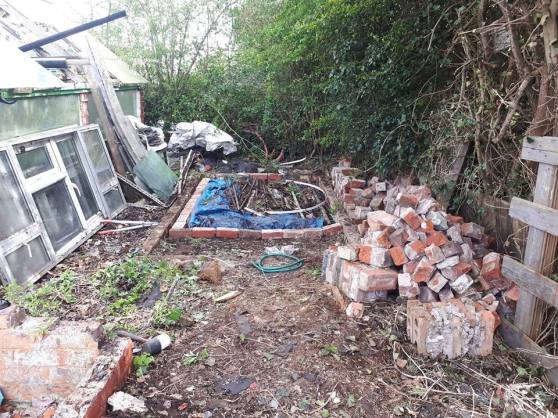 Just a quick layout before knocking them in

All of the junk will be moved at a later date, as this appears to have been the dumping ground for the previous tennant.

Then it was just a case of lugging the bits up the massive walk from one end of the allotment to the other. That was a workout and a half!

Because I wanted it out of the way, it was very difficult to get the sides and top on. There were tree branches, broken glass and all sorts of old tat to try and not break an ankle on. 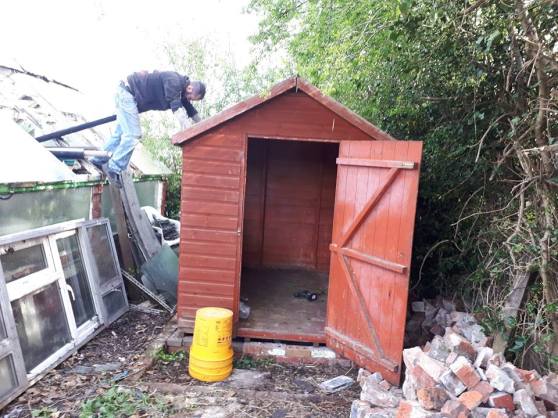 If MrT complains he is hurting these photos prove why. It was his own doing.

Thinks he is a squirrel

While he did the refelting, I moved all of the tools into the new shed. At some point i will get some tool hooks and put everything in neatly, but for now I was just ready to go home and sleep! 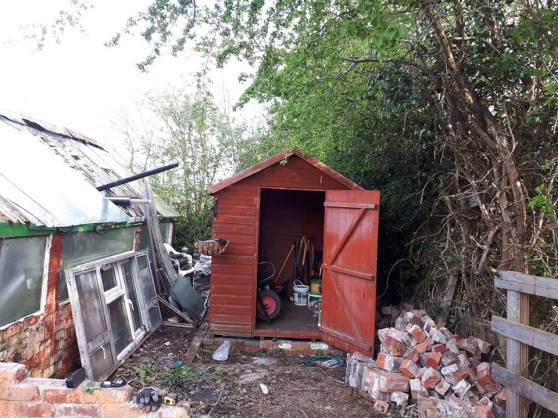 Oh, and i added a hanging basket with nasturtiums in. As you do. Lets see how long it takes until I paint it grey and cover it in bunting!