Except, apparently, their own food when it has touched the floor. 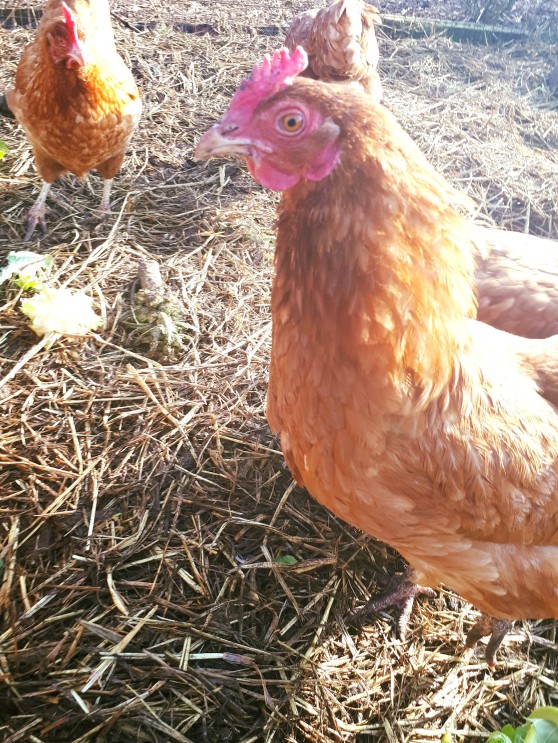 Mine drop food EVERYWHERE and with us having the abandoned plot next to us, rodents are eating more than they do when they’ve dropped it everywhere.

They were being fed using pet-shop feeders similar to the one below. They are great if you have a few hens and they are store inside the coop, but mine walked all over them and they ended up full of straw and chicken poo!

So I decided I needed to find a way of being able to securely store enough food for my hens without the pests or rain getting to it. I also needed to be able to allow the chickens to eat but not drop food everywhere.

I did an internet search and found many versions of the same thing – PVC pipe feeders.

Many people used clear plastic tubs like those used to store things in the attic with pvc elbows glued in like this one here – http://blog.mypetchicken.com/2015/10/05/diy-no-waste-feeder/

I wanted something on a larger scale though for my 12 hens in the hope that I may be able to use a whole bag of feed at a time and reduce the tips to the storage shed.

So I got myself a big plastic water butt on a free site. It came with a lid, but also had taps on the bottom so I will remove these and plug up the holes… or maybe just leave them against the fence as a good “attachment point” to stop it falling over.
I also went to Screwfix and got some 55mm PVC elbows when I went to sort out my automatic drinker system. I had hoped for larger sized ones but apparently they are hard to come by at regular shops! I also saved some old thick card and shaped it in to a cone to direct the feed pellets.
Tool wise I needed a 60mm hole bore for MrT’s drill, and squishy tube of sealant. Job done. 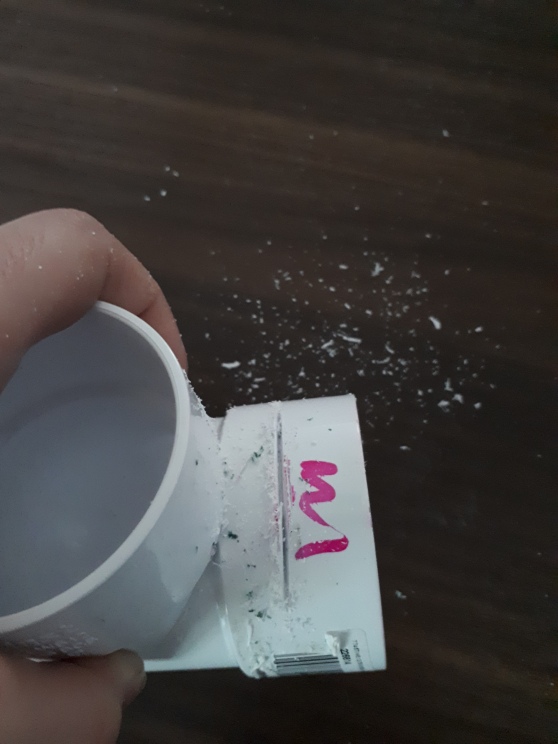 It was a pretty simple task really. Lay out where you would like the openings and mark them, then drill the holes. I did mine all around the edge, but you can always use one or two on each side if it will sit in a corner. Make sure they are high enough up that you chickens don’t have to bend too much, but also low enough that they can peck at the food after the 90 degree bend. 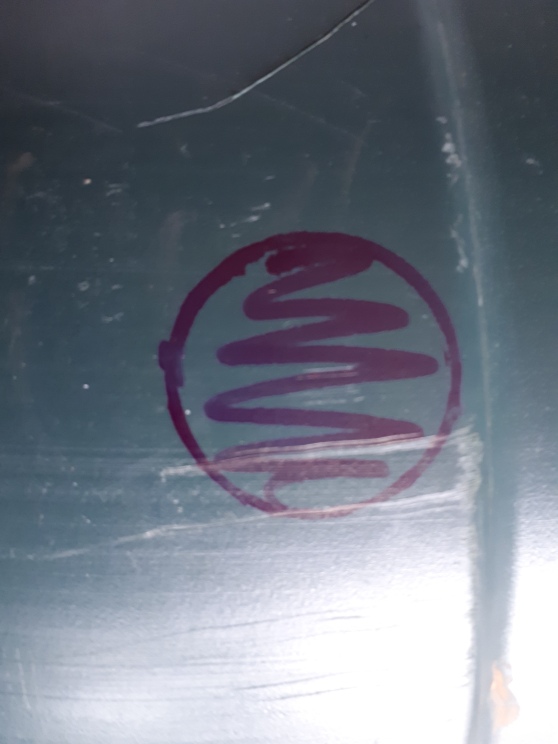 Put your arm inside the barrel and poke the elbows through from the inside, leaving about 1.5cm outside the barrel. This will give the food protection from rain running down the barrel if I have to move it outside at any point. 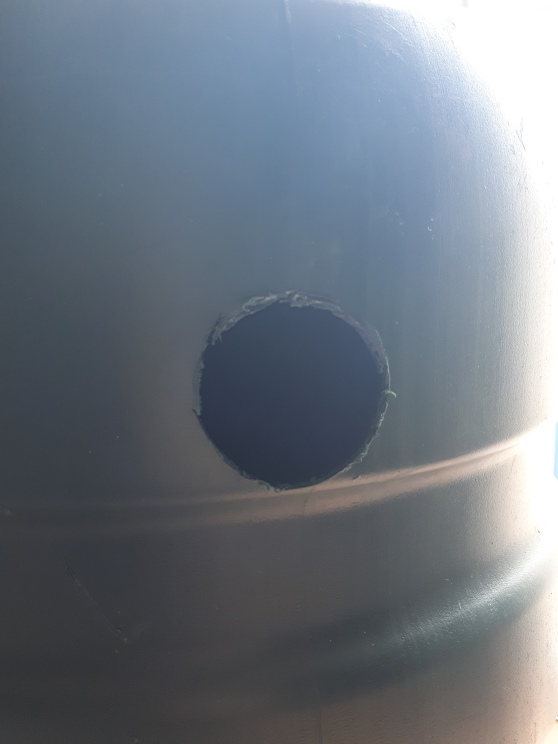 Then use the sealant to secure the pipe from the inside and let this set. Then do the same on the outside! You can try and do them both at the same time but if you knock the pipe at any point you’ll end up with it everywhere. Not a good look. 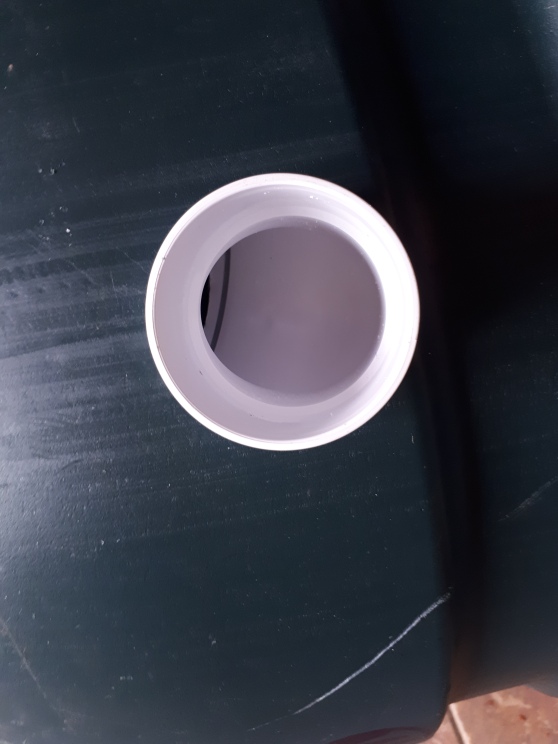 Then use the thick cardboard to make a cone that fits in the middle of you barrel to direct the food towards the pipes. This isn’t desperately needed as the weight of the food above will push enough of it down, but it means that you don’t end up with food sat in the middle of the barrel between all of the pipes which goes stale having not been eaten. 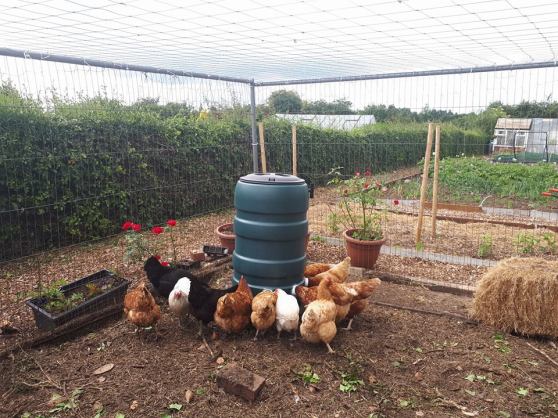 It takes a while for the girls to figure out that food is inside that little hole, but they get there eventually! 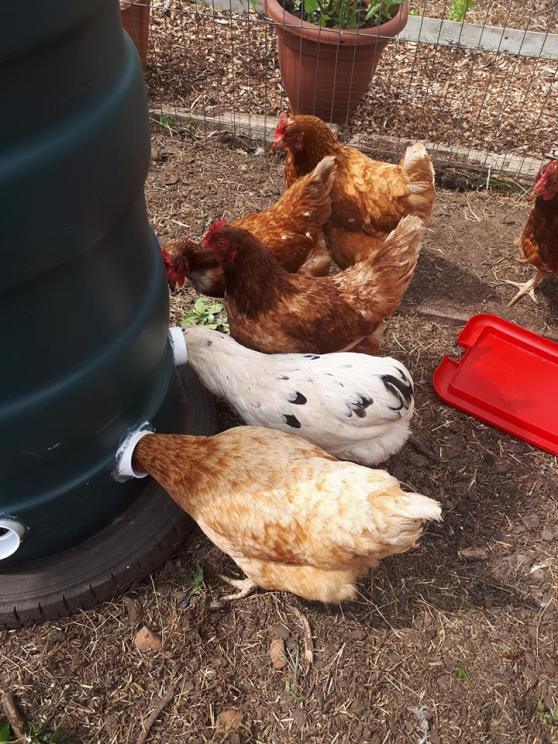 4 thoughts on “What do you call a chicken with a piece of lettuce in it’s eye? A: Chicken Caeser Salad”